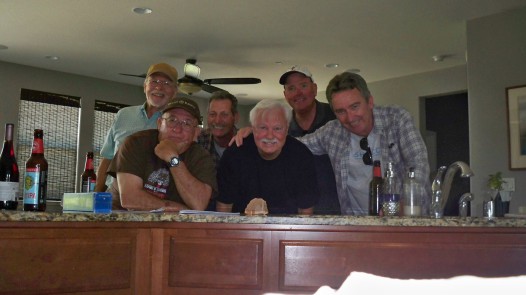 Bob Bell (middle, front row) was a key figure for decades in the trips "The Boys" took, whether it was a wine tasting excursion to the Central Coast, a long weekend at San Diego's Over-The-Line Tournaments, or his brief trips to Cheyenne Frontier Days in Wyoming.

Several years ago he moved to the Sacramento area but was willing to head south to join us for our "Boyz Trips."  We thought it time to visit his neck of the state and asked him to put together a wine trip in the Amador & Calaveras Counties area. It turned out to be a great success.  See '17 SPRING WINE, from which came the above picture at his home.

Bob was known as a very generous individual, but best of all, as a true natural comic. The bottom line, and most common adjective one would attribute to "The Boys", is their ability to create laughter wherever they went, and Bob was among the best.

There are several more pics of Bob throughout our website, and here are some of the best. 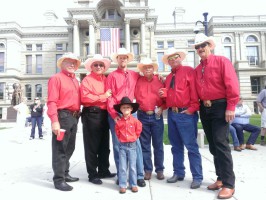 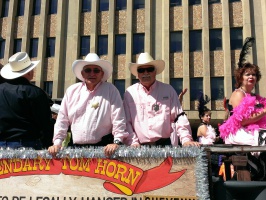 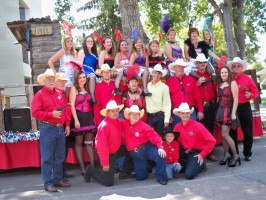 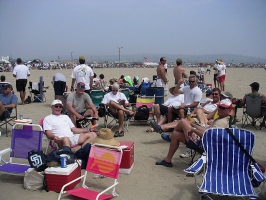 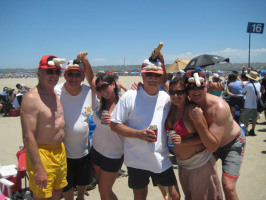 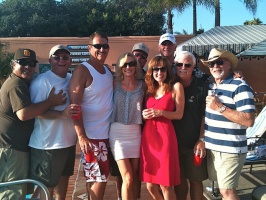 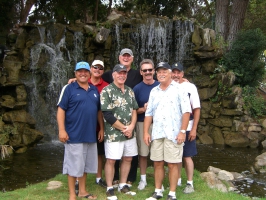 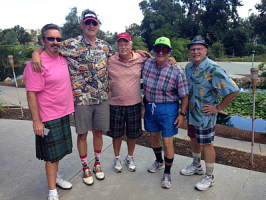 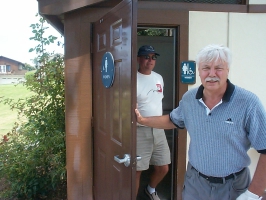 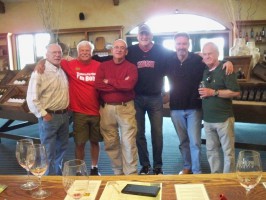 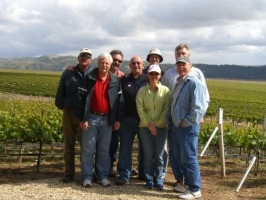 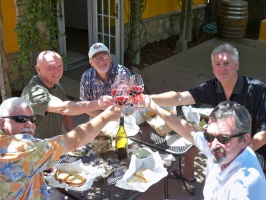 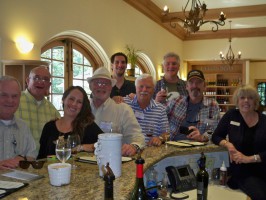 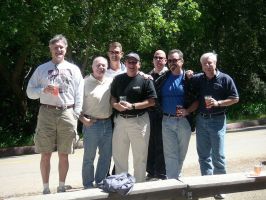 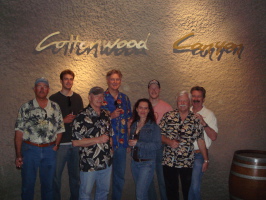 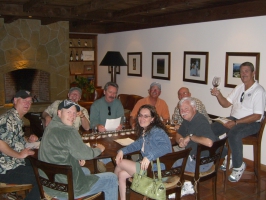 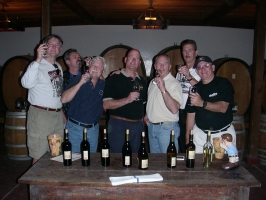 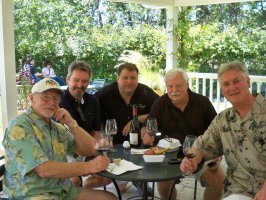 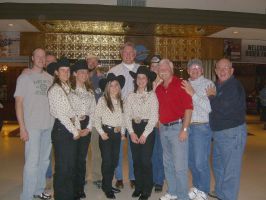 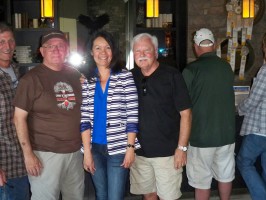 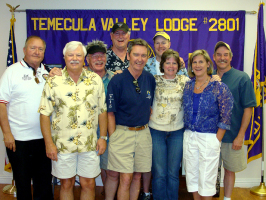 RIP dear friend - you'll always be in our thoughts & prayers, and to borrow a famous song lyric:    "Thanks, for the Memories."! 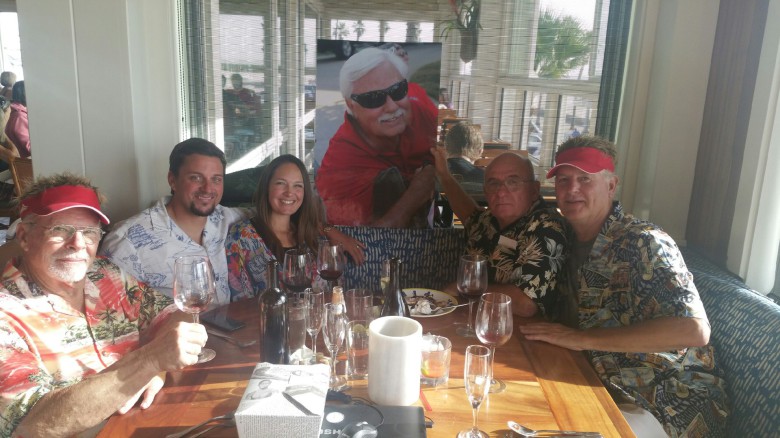 A "Remember Bob" lunch was held on 12/8/17, at Duke's in Huntington Beach.  L to R:  Pat Carroll,  Steve Austin, Erica Bell Austin, Tom Tobin, Dave Ray.  Other members of the CFDSC couldn't make it so we'll try for a repeat some time early in 2018.  Many toasts and memory joggings. A slide show was presented, with about 100 pics of Bob at CFD, OTL, and wine trips.  Shown here in the background, Erica found one of the best photos of her Dad, and it was given its/his own seat at the table. And though you can't really tell by this picture, we all "dressed like Bob" in his honor, meaning aloha tops and God knows what below the waist.